Now I've seen some pretty gimmicky comic book covers. There have been holograms, foil, glow-in the dark, die-cuts, lenticular art, sketch variant, gatefold, and embossed covers. I'm sure I even missed a few. But I've never heard of a scratch-off cover... until now. That's right - G.I. Joe #8 has a scratch off cover like a lottery ticket. The prize? You get to see the new Cobra Commander's face... five minutes before you read the issue. Either that or it ruins the surprised for the next issue.

This has got to be the stupidest promotion I've heard of since the cut-and-collect "Marvel Value Stamps" which you were suppose to cut out of your comics and paste into an album. The only thing those stamps did was drive up the value of the comics that weren't cut up! Likewise for this G.I.Joe promotion... who's going to actually scratch off the cover of their comic? This promotion shows a complete lack of understanding of comic book fans. The only people I can see doing that would be folks who actually buy an extra copy just to scratch. Which is probably what IDW is counting on to boost up their sales. Lame.
Oh, and I don't want to ruin it for anybody but the new Cobra Commander is... Polly from Polly Pockets.

Geeks Who Joined the Journey:

One Lost Road
onelostroad AT gmail.com 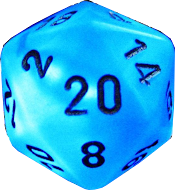